Our trip to Intersolar 2014 confirmed that energy storage is the future of the power industry. The solar market has had massive growth over the last 10 years and is now a heavy contender with traditional power generation methods. This is especially true when talking about peak demand power, as solar reaches peak production during Texas peak demand.

What is next for Energy Storage?

I often get asked this question when consulting potential grid tie solar customers for our parent company HEsolar LLC. 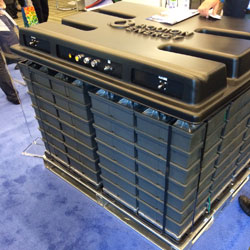 Aquion saltwater batteries are made of nontoxic materials and can handle high DOD… but cost more than Lead-Acid options.

The truth is no one really knows for sure. A few things are certain though:

Solar Cells are an old and incredibly reliable technology. Aside from gradual efficiency increases there isn’t too much innovation happening in the solar panel arena. That being said, integration and inverter technology gets more impressive every year. The following are solar panel highlights taken away from Intersolar 2014: 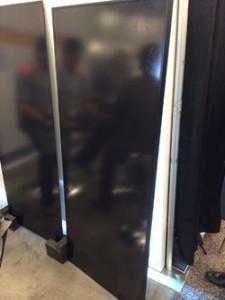